I had the good fortune to combine the study of philosophy and legal theory with my passion for foreign languages. After graduating from the University of Bologna (BA and MA, with a 6-month stay at the University of Mainz, Germany), I won a position at the prestigious Cluster of Excellence graduate school in Frankfurt, Germany.

Meanwhile, I had the opportunity to attend proficiency language courses at the British School in Bologna, the University of Mainz, the University of Darmstadt, the ÖSD Prüfungszentrum in Bologna and the University of Arizona. In addition to formal language training, and perhaps more importantly, the years spent abroad helped me understand and absorb the local culture, not only in Germany but also in the United States, where I worked as a Visiting Scholar.

I started translating while in grad school, under the supervision of Prof. Leonardo Ceppa, a leading Italian translator. Since then, I came to realize that translating is a highly rewarding activity, which any bi- or trilingual philosopher should seriously consider taking up. Conversely, I'm convinced that the conceptual analysis skills in which every good philosopher excels can be of considerable help when it comes to transposing concepts from one language to another. In short: as a philosopher I love translating; as a translator, I make use of my philosophical skills to deliver precise, rigorous translations.

Leaving law and philosophy aside, I worked for several years for a major seeds company and in a family run farm, which gave me some precious insight into the agricultural and mechanical terminology. I have also worked as a journalist for La Parola, an Italian monthly magazine.

Please feel free to contact me for any further information. 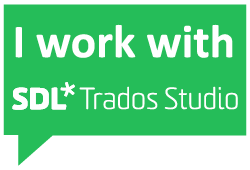